To combine the best, modern home cinema technology with the look of movie theatres from his childhood days.

Built from a bare shell in the basement of an existing property, the end result was achieved by combining today’s tubing and cable network techniques and applying acute attention to detail to the overall look and aesthetics. The client was very hands-on in every aspect of the project. Everything had to be perfect: from the sound dampening and fabrication of the cinema structure to the audio-video specification, colour schemes, and the choice of materials used.

Previously, the basement had been occupied by gym equipment. Due to the size of the area, a second space was created within it. The idea was to condense the gym into two thirds of the space with an added audio zone, then install a new, designated entertaining room of approximately 4.5×10m. Stud walls were constructed and lined with materials to reduce noise and light pollution. This new area is primarily a cinema, but it is also used as a social focal point for the house where the client can entertain guests from behind the bar. The client and his guests can choose between watching the action on a large projection screen or on a 32″ TV screen behind the bar.

We were given a very clear idea of what the room should look like, and worked alongside the interior designers at Ambience Home Design so the client’s ideas could become a reality. His high expectations were met with our design and build quality.

A 2.7m-wide, fixed, acoustically-transparent projector screen hides the centre speaker, and the project itself is installed in the coved ceiling detail. Curtains cover the fixed screen when not in use and retract automatically when the projector is activated, for that extra ‘cinema’ feel. When watching a film, the room’s lighting dims as the image appears, leaving only a dimmed effect on the steps should anyone need to get up during the action. There are six leather, reclining armchairs placed on two tiers to give an uninterrupted view from any viewing position.

Floor-standing speakers are used for the front and channels, with in-wall speakers installed for the rear channels. This ensures that speakers do not encroach on walkways or the space at the rear of the entertainment room. A subwoofer completes the 5.1 surround sound set up. As the room is multi-purpose, it was important to use lighting to transform the room from entertaining mode into a high-end cinema experience.

The bar works as an independent zone, so it is possible to entertain without having to start the main system or display separate video sources. All of the components with the exception of the DVD player are housed in a metal-framed rack located in the adjoining utility room.

From what was there to what there is now, you would scarcely it believe possible. This has been a true transformation of the space. We are still blown away by the results and have had many friends comment on just how much enjoyment we must get from it.

The Crestron® control system performs brilliantly. It is great to see how the different parts of the installation combine to completely change the whole feel of the room. On starting a film, I still get goose bumps. Every detail has been well thought-out and executed, so there are no arguments on who sits where – which is a relief – and the bar area comes into its own on the odd occasion!

Combine the best, modern home cinema technology with the look of movie theatres from his childhood days. 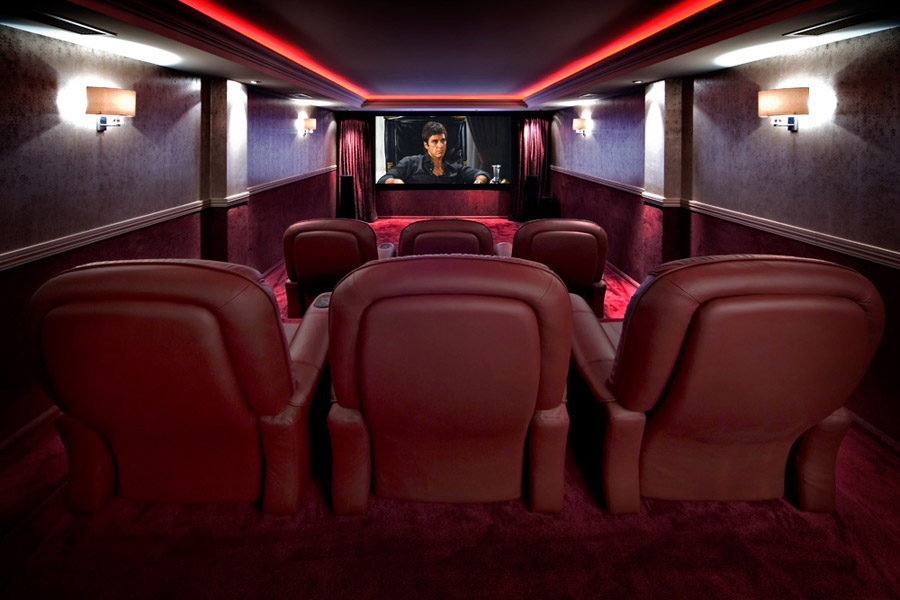 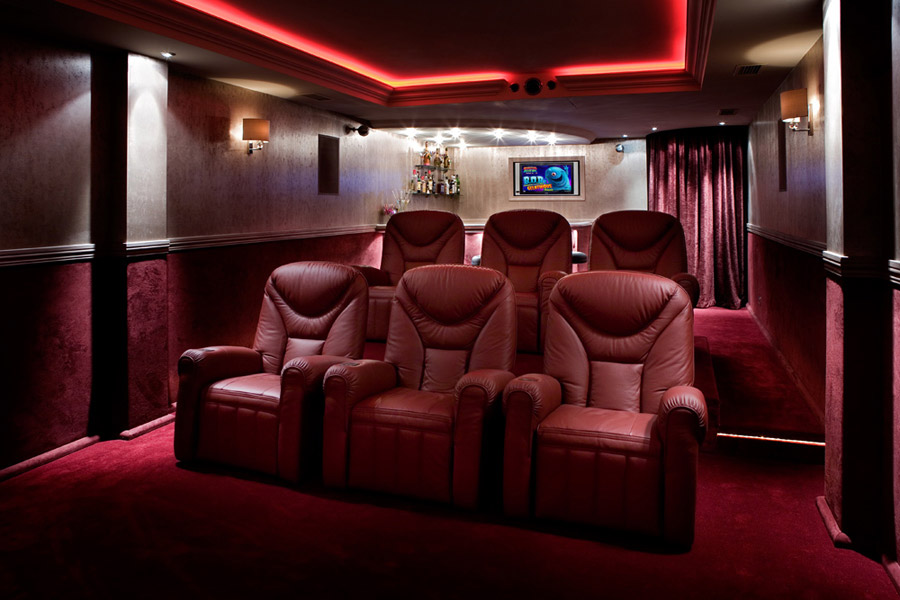 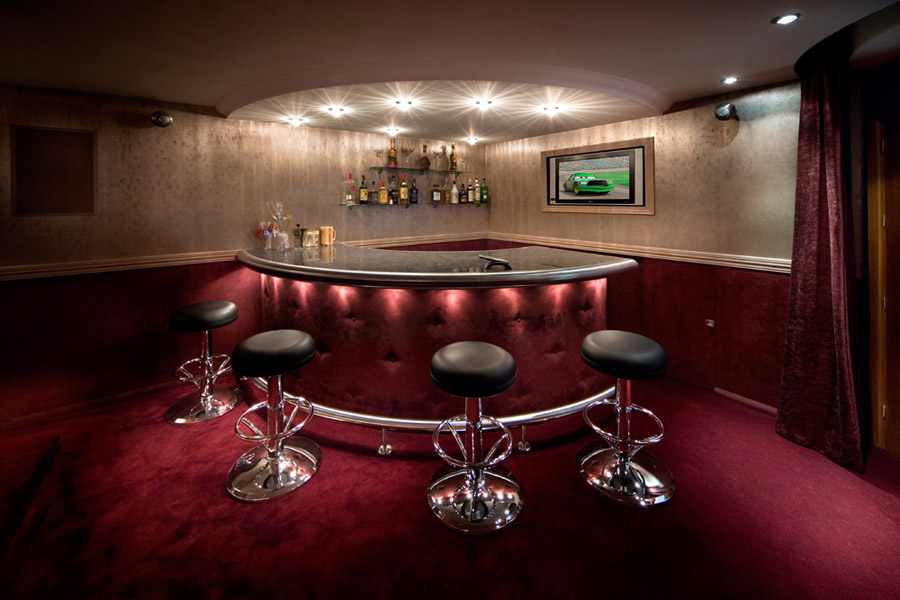 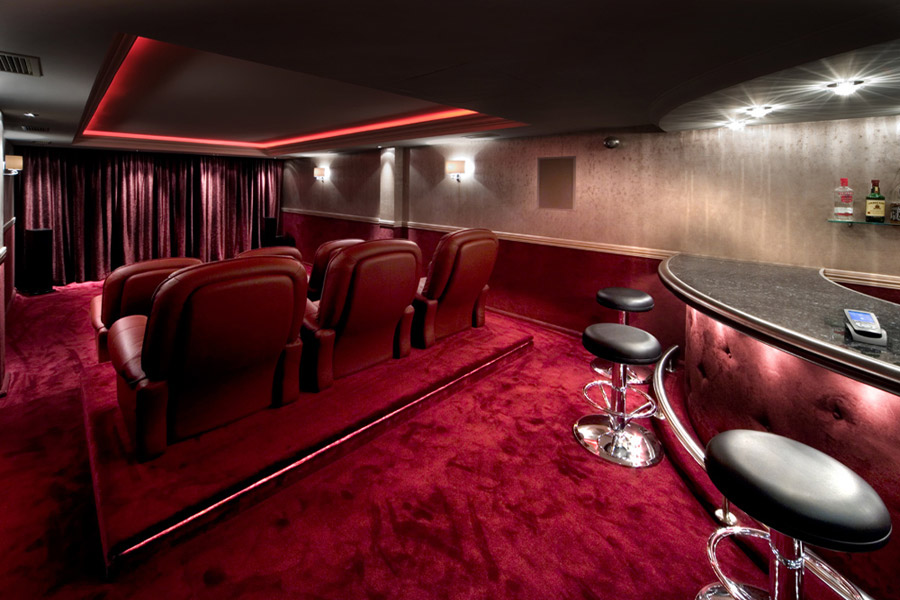 Do you have questions about smart home systems or want to know how we could help you im your home or Costa del Sol property? Just fill out the form below and we´ll be in touch shortly!v

We use cookies on our website to give you the most relevant experience by remembering your preferences and repeat visits. By clicking “Accept”, you consent to the use of all the cookies.
Manage Cookie SettingsI Agree
Manage consent

This website uses cookies to improve your experience while you navigate through the website. Out of these, the cookies that are categorized as necessary are stored on your browser as they are essential for the working of basic functionalities of the website. We also use third-party cookies that help us analyze and understand how you use this website. These cookies will be stored in your browser only with your consent. You also have the option to opt-out of these cookies. But opting out of some of these cookies may affect your browsing experience.
Necessary Always Enabled

Performance cookies are used to understand and analyze the key performance indexes of the website which helps in delivering a better user experience for the visitors.

Analytical cookies are used to understand how visitors interact with the website. These cookies help provide information on metrics the number of visitors, bounce rate, traffic source, etc.

Advertisement cookies are used to provide visitors with relevant ads and marketing campaigns. These cookies track visitors across websites and collect information to provide customized ads.

Other uncategorized cookies are those that are being analyzed and have not been classified into a category as yet.

SAVE & ACCEPT
Go to Top